A US patient tested positive for coronavirus. Officials say they aren’t sure how the virus was contracted

A patient being treated for novel coronavirus at UC Davis Medical Center was admitted to the facility last week but wasn’t tested until Sunday, according to a letter sent to UC Davis staff and obtained by CNN.

The patient, a Solano County resident, is one of the 60 confirmed cases of the virus in the US, Health and Human Services Secretary Alex Azar announced Wednesday. Forty-two cases are former passengers on the Diamond Princess cruise ship, the site of a recent virus outbreak. The other 15 were either travelers coming back from China or spouses of travelers. Three others were repatriated from China.
The California case may be the first US instance of the virus being transmitted by “community spread,” meaning the patient wouldn’t have had “relevant travel history or exposure to another known patient,” the US Centers for Disease Control and Prevention said.
How the person was exposed to the virus is still unknown, the CDC said. The agency said it has not yet ruled out that the patient was exposed to a returned traveler who was infected. 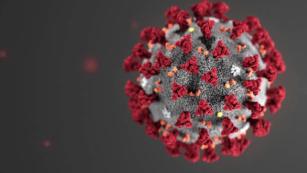 New coronavirus case could be first instance of ‘community spread’ in US, CDC says
The patient was transferred to the medical center from another Northern California hospital Febuary 19 with a suspected viral infection. UC Davis requested testing for novel coronavirus by the CDC, because, the letter says, neither the Sacramento County nor the California Department of Public Health are conducting testing.
“Since the patient did not fit the existing CDC criteria for COVID-19, a test was not immediately administered,” the letter says. “UC Davis Health does not control the testing process.
The CDC ordered testing on Sunday and results came back positive Wednesday, the letter said.
“This is not the first COVID-19 patient we have treated, and because of the precautions we have had in place since this patient’s arrival, we believe there has been minimal potential for exposure here at UC Davis Medical Center,” the center said.
In the letter, the medical center also asked a small number of employees to stay at home and monitor their temperature.

If the California case does turn out to be community spread, hospital staff will need to alter the way they evaluate sick patients, one health care executive said.
Hospitals receiving patients with flu-like symptoms have been asking people to detail theirtravel history or exposure to anyone who has recently traveled, Dr. Amy Compton-Phillips, the chief clinical officer and executive vice president of Providence St. Joseph Health, told CNN’s Don Lemon.
“Now we’re going to have to be thinking, how do we change that strategy? Who all do we need to be testing for coronavirus? Right now, during flu season, that would be a lot of people and so we need to figure out how we can scale up the testing and the screening,” she said. Providence St. Joseph Health operates 51 hospitals and more than 1,000 clinics across the country.
At this time, the CDC says on itswebsite, the virus is “NOT currently spreading in the community in the United States.” But health officials say they expect it will at some point.
“It’s not so much a question of if this will happen anymore, but rather more a question of exactly when this will happen and how many people in this country will have severe illness,” Dr. Nancy Messonnier, director of the CDC’s National Center for Immunization and Respiratory Diseases, said.
She said the CDC wants people to understand their lives may be disrupted.
“We are asking the American public to work with us to prepare in the expectation that this could be bad,” she said.
If that’s the case, Compton-Phillips says, it’s “problematic” that there are only 12 US labs other than the CDC with working coronavirus test kits.
“There’s a very limited number of them” she said.

US is testing treatment

Meanwhile, a clinical trial is underway at the University of Nebraska Medical Center in Omaha, to evaluate how effective an antiviral drug wold be on people diagnosed with coronavirus, the National Institutes of Health (NIH) said.
There’s been at least 82,056 confirmed cases worldwide and 2,800 deaths — the vast majority of which have been in China.
The drug being tested in the trial, remdesivir, was previously tested in humans for Ebola and in animals for MERS and SARS. There are also clinical trials of the drug going on in China, the NIH said, and the National Institute of Allergy and Infectious Diseases developed the American study to match those studies.
The first participant in the Omaha trial is an American who was evacuated from the Diamond Princess cruise ship.
Participants will receive 200 milligrams of remdesivir intravenously when they’re enrolled and another 100 while they’re hospitalized for up to 10 days in total. A placebo group will receive a solution that resembles remdesivir but contains only inactive ingredients, the NIH said.
PULLED FROM cnn
0