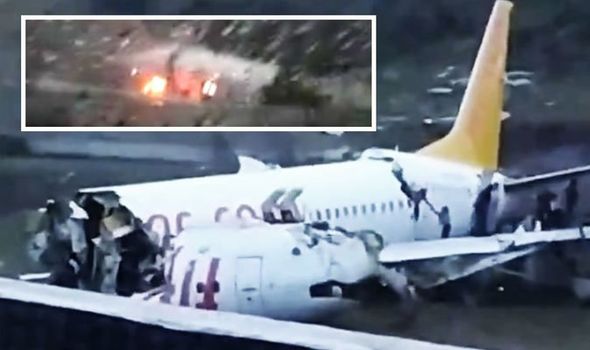 Shocking footage shows the passenger jet torn in two after a frightening crash on the runway. It is unknown how many victims the incident has claimed. The plane is believed to be a passenger aircraft.

It is also unknown where the aircraft was travelling from.

Twitter users who viewed the footage shared their shock online.

One said: “If there are no victims this is a miracle.”

Another added: “That’s one heck of a skid! Glad my car don’t break up line that when I skid.”

Another, commenting on the position of the tear in the jet, added: “Cockpit is all jacked up.”

Trump Acquitted On 2 Articles Of Impeachment As Historic Trial Closes