Sanders Mocks Pence: He Tried To ‘Pray Away’ HIV Epidemic ,will he try to pray away corona virus?

Sen. Bernie Sanders (I-Vt.) on Wednesday slammed President Trump’s appointment of Vice President Pence as point man on the coronavirus outbreak, noting the HIV outbreak that occurred during Pence’s tenure as governor of Indiana as well as Health and Human Services Secretary Alex Azar’s refusal to promise that a coronavirus vaccine would be affordable to all.

Trump’s plan for the coronavirus so far:

-Cut winter heating assistance for the poor
-Have VP Pence, who wanted to “pray away” HIV epidemic, oversee the response
-Let ex-pharma lobbyist Alex Azar refuse to guarantee affordable vaccines to all 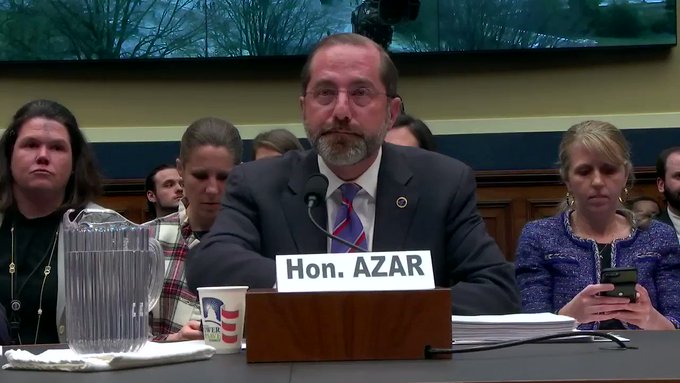 Trump’s plan for the coronavirus so far:

-Have VP Pence, who wanted to ‘pray away’ HIV epidemic, oversee the response

Sanders is right. Pence is a terrible choice to lead any scientific or medical endeavor. The man is a dangerous Christian extremist who rejects science in favor of religious superstition.

The Vice President’s track record speaks for itself. Pence is on record rejecting evolution, and believes that creationism should be taught in public schools. In addition, in the past, Pence has promoted gay conversion therapy, and has even gone so far as to argue that condoms are too modern, and too liberal.

More important, as Sanders indicates in his tweet, as Governor of Indiana Pence refused to follow the advice of scientists and public health officials during an HIV epidemic in the state, choosing to “pray on it” instead of immediately initiating a clean needle exchange.

Pence faced widespread criticism as governor of Indiana following an HIV outbreak in Scott County led to more than 200 cases in 2015 after Pence and GOP state lawmakers defunded Planned Parenthood, which was one of the primary vectors of HIV testing in the county.

The then-governor, asked if he would support a needle exchange program to slow the HIV spread, said, “I’m going to go home and pray on it.” He would later sign legislation for a temporary exchange program two months after the outbreak was initially detected.

In short, as a result of Pence taking the time to “pray on it,” citizens of his state suffered and died.